States of matter: Classification of matter into solid, liquid and gaseous states.

Liquid State: Properties of liquids - vapour pressure, viscosity and surface tension and effect of temperature on them (qualitative treatment only).

Second law of thermodynamics: Spontaneity of processes; ∆S of the universe and ∆G of the system as criteria for spontaneity, ∆G0 (Standard Gibbs energy change) and equilibrium constant.

Chemical Kinetics: Rate of a chemical reaction, factors affecting the rate of reactions: concentration, temperature, pressure and catalyst; elementary and complex reactions, order and molecularity of reactions, rate law, rate constant and its units, differential and integral forms of zero and first order reactions, their characteristics and half - lives, effect of temperature on rate of reactions – Arrhenius theory, activation energy and its calculation, collision theory of bimolecular gaseous reactions (no derivation).

Surface chemistry: Adsorption- Physisorption and chemisorption and their characteristics, factors affecting adsorption of gases on solids - Freundlich and Langmuir adsorption isotherms, adsorption from solutions. Catalysis- Homogeneous and heterogeneous, activity and selectivity of solid catalysts, enzyme catalysis and its mechanism.

Group – 13 to Group – 18 Elements: General Introduction: Electronic configuration and general trends in physical and chemical properties of elements across the periods and down the groups; unique behaviour of the first element in each group. GroupWise study of the p – block elements.

Group - 17: Preparation, properties and uses of hydrochloric acid; Trends in the acidic nature of hydrogen halides; Structures of interhalogen compounds and oxides & oxoacids of halogens.

Group – 18: Occurrence and uses of noble gases; Structures of ﬂuorides and oxides of xenon.

Stratospheric pollution: Formation and breakdown of ozone, depletion of ozone layer -its mechanism and effects. Water Pollution - Major pollutants such as, pathogens, organic wastes and chemical pollutants; their harmful effects and prevention. Soil pollution - Major pollutants such as: Pesticides (insecticides, Herbicides and fungicides), their harmful effects and prevention. Strategies to control environmental pollution.

Alkanes - Conformations: Sawhorse and Newman projections (of ethane); Mechanism of halogenations of Alkanes.

Polymers: General introduction and classification of polymers, general methods of polymerization-addition and condensation, copolymerization; Natural and synthetic rubber and vulcanization; some important polymers with emphasis on their monomers and uses - polythene, nylon, polyester and bakelite.

Work, energy and power: Work done by a constant force and a variable force; kinetic and potential energies, work energy theorem, power. Potential energy of a spring, conservation of mechanical energy, conservative and non-conservative forces; Elastic & inelastic collisions in one and two dimensions.

Optics: Reﬂection and refraction of light at plane and spherical surfaces, mirror formula, Total internal reﬂection and its applications, Deviation and Dispersion of light by a prism, Lens Formula, Magnification, Power of a Lens, Combination of thin lenses in contact, Microscope and Astronomical Telescope (reﬂecting and refracting) and their magnifying powers.

Electronic devices: Semiconductors; semiconductor diode: I-V characteristics in forward and reverse bias; diode as a rectifier; I-V characteristics of LED, photodiode, solar cell and Zener diode; Zener diode as a voltage regulator. Junction transistor, transistor action, characteristics of a transistor; transistor as an amplifier (common emitter configuration) and oscillator. Logic gates (OR, AND, NOT, NAND and NOR). Transistor as a switch. Communication systems: Propagation of electromagnetic waves in the atmosphere; Sky and space wave propagation, Need for modulation, Amplitude and Frequency Modulation, Bandwidth of signals, Bandwidth of Transmission medium, Basic Elements of a Communication System.

Sets, relations and functions: Sets and their representation; Union, intersection and complement of sets and their algebraic properties; Power set; Relation, Types of relations, equivalence relations; Functions, oneone, into and onto functions, composition of functions.

Mathematical reasoning: Statements, logical operations and, or, implies, implied by, if and only if. Understanding of tautology, contradiction, converse and contrapositive.

Permutations and Combinations: Fundamental principle of counting, permutation as an arrangement and combination as selection, Meaning of P (n, r) and C (n, r), simple applications. 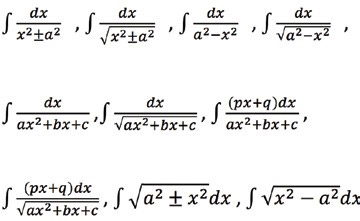 Coordinate geometry: Cartesian system of rectangular coordinates in a plane, distance formula, section formula, locus and its equation, translation of axes, slope of a line, parallel and perpendicular lines, intercepts of a line on the coordinate axes.

Straight lines: Various forms of equations of a line, intersection of lines, angles between two lines, conditions for concurrence of three lines, distance of a point from a line, equations of internal and external bisectors of angles between two lines, coordinates of centroid, orthocentre and circumcentre of a triangle, equation of family of lines passing through the point of intersection of two lines.

Area and production of various horticultural crops and current status. Importance of fruits and vegetables in human diets, crops diversification and processing industries.

Principles and methods of fruit and vegetable preservation. Preparation of jellies, jams, ketchup, chips and their packing.

Unit-1: Livestock ProductionScope and importance: (a) Importance of livestock in agriculture and industry, White revolution in India. (b) Important breeds Indian and exotic, distribution of cows, buffaloes and poultry in India.
Care and management: (a) Systems of cattle and poultry housing (b) Principles of feeding, feeding practices. (c) Balanced ration-definition and ingredients. (d) Management of calves, bullocks, pregnant and milch animals as well as chicks crockrels and layers, poultry. (e) Signs of sick animals, symptoms of common diseases in cattle and poultry, Rinderpest, black quarter, foot and mouth, mastitis and haemorrhagic septicaemia coccidiosis, Fowl pox and Ranikhet disease, their prevention and control.
Artificial Insemination: Reproductive organs, collection, dilution and preservation of semen and artificial insemination, role of artificial insemination in cattle improvement. Livestock Products: Processing and marketing of milk and Milk products.

END_OF_DOCUMENT_TOKEN_TO_BE_REPLACED
The last date to apply for admission is 31st August 2017.

END_OF_DOCUMENT_TOKEN_TO_BE_REPLACED
The last date to apply for admission is 31st August 2017.
To enquire for admission in programmes other than mentioned above, Click Here